Top Canadian Cities to Buy a Home in

Top Canadian Cities to Buy a Home in

With the housing market in the Fraser Valley continuing to heat up, prices on detached homes continue to go up, and the condo and townhome market is hotter than ever, where is a family to lay down some roots?

A recent report indicated that to live in and make ends meet in Metro Vancouver, your hourly wage would need to be $20.91. That’s an annual salary of $40,147.20. The numbers are based on a rent of $1600 a month—a very conservative number with the average price of rentals in Metro-Vancouver sits at $1,745 and in the city of Vancouver $2100.

Now that’s not to say that housing can’t be found, and mortgages can’t be done that fall well within your means. Dominion Lending Centres are magicians when it comes to getting you a fast yes and the sharpest rate…guaranteed!

But in case you are eyeing a move, or just curious to know where the top cities to buy a home are, check out our list below!

Note: These ratings are based on the Moneysenses 2018 article, which surveyed Canadians about big city stats, neighbourhood/community levels, and ROI to showcase the top places to buy. 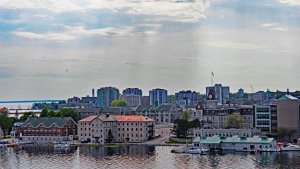 Outside of the statistics: Located off Lake Ontario, Kingston is known as the “Limestone City” due to its grand 19th-century buildings, including the lakeside Kingston City Hall. Kingston is built on heritage, and is home to Fort Henry, museums and historic sites open to the public. 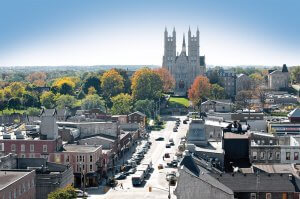 Outside of the statistics: Guelph was named after the British Royal Family. King George the IV, the monarch at the time of Guelph’s founding, was from the Guelph lineage, a German family. Today, it is nicknamed “The Royal City” Guelph boosts a beautiful, historically rich downtown core, with many boutique shops and restaurants to visit. It has one of the lowest unemployment rates and is a family-friendly area. 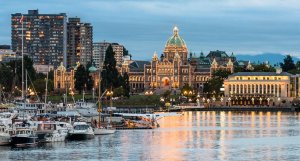 Outside of the statistics: Victoria is one of the most beautiful spots in B.C. It features old world charm and new, eclectic experiences. Victoria embodies the island lifestyle, with a more laid-back attitude towards life. The community is highly active, featuring some incredible hiking trails, lakes/rivers for canoeing, and a whole lot more. It also houses the parliament buildings and the Royal B.C museum.
Fun fact: It’s the Craft Beer Capital of BC 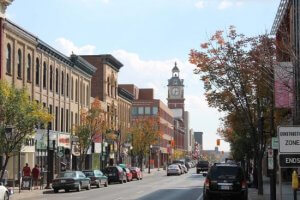 Outside of the statistics: Peterborough features a wide array of businesses including the Pepsico foods, General Electric, Minute Maid, and more. This contributes to a growing and diverse economy. In addition, it features two post-secondary institutions, family-friendly communities, and year-round seasonal activities both in and outdoors. 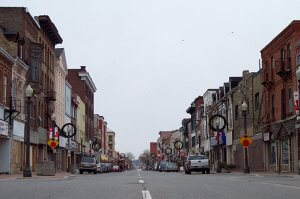 Outside of the statistics: One word: Nutella! Brantford happens to be the spot that the beloved hazelnut spread is made, as well as Tic-Tacs and the Ferrero Rocher Chocolates. Brantford has a diverse economy and a low unemployment rate. It is also home to Constego College and Wilfrid Laurier University which allows for a boost in population and creating a healthy economic landscape.