To no one’s surprise, the Bank of Canada announced recently that it would leave its overnight rate target at 1/2%, just as it did on January 20 when it last met. The Bank noted that financial market volatility has slowed since the last meeting and oil prices and the Canadian dollar have strengthened. Consumer spending continues to underpin the economy as employment growth has held up despite continued weakness in the energy sector. Business investment is weak, owing largely to the demise of oil industry capital expenditure, but non-oil exports have rebounded owing to the weaker Canadian dollar. The Bank’s inflation assessment remains benign. 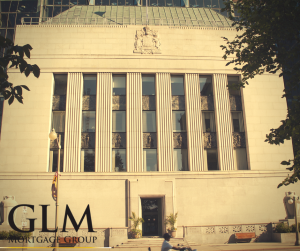 The Bank continues to anticipate significant fiscal stimulus in the federal budget, which came out yesterday, and will incorporate their assessment of the economic effects of such stimulus in their April projection. End of story.

What is more interesting is that today marks the seventh anniversary of the post-financial-crisis bull market in stocks. In March 2009, few people would have imagined that stock markets were on the precipice of a major and sustained recovery as the global economy was suffering the near-collapse of the banking system and the economy was in recession. But stocks have climbed that wall of worry more or less ever since thanks to enormously accommodative monetary policy. As Bank of America Merrill Lynch analysts point out in a note today, seven years of positive stock market returns came from 619 global interest rate cuts, $10.4 trillion worth of asset purchases by central banks, and $9 trillion worth of global government debt yielding zero percent or less.

Canada’s stock market was a top performer during the heydays of robust oil prices until 2014–but has underperformed since then. Nonetheless, the TSX is up more than 60% since the bull market began. This has been paled by the performance of the U.S. stock market which has surged 162% over the same period, which could well help to explain the remarkable success of Donald Trump and even Bernie Sanders.

The fact is, in the U.S. especially, the rich are getting richer and the middle class is falling further and further behind. Trump and, to a lesser degree Sanders, are appealing to the disaffected. Trump’s base are the lower-skilled, less-educated Americans who have not enjoyed the fruits of the economic recovery and stock market surge. They have seen their wages decline and their job prospects dim with Washington seemingly deaf and mute to their pain. These people are angry and fearful. Trump is promising a shake-up and playing into their xenophobia and prejudices, while Sanders is scapegoating Big Business and Wall Street. Both are blaming America’s free trade deals for killing American jobs and they have successfully touched a nerve. America has a long history of xenophobic fears of job loss–be it fear of the Japanese in the late 80s or the giant sucking sound of Mexico during the Ross Perot campaign in the 90s. This time, however, Trump has hijacked the Republican Party, garnering record turnouts attracting some alienated Democrats and Independents. Whether he runs against Hilary or Sanders, he will clearly be a formidable opponent. While he is not talking about building a wall between Canada and the U.S., he will likely continue to threaten free trade. Trudeau and Trump would not be comfortable bedfellows, thankfully Trudeau enjoyed his time the other week with Obama as things could change drastically in the new year.

Thanks to DLC Chief Economist Dr. Sherry Cooper for this article.