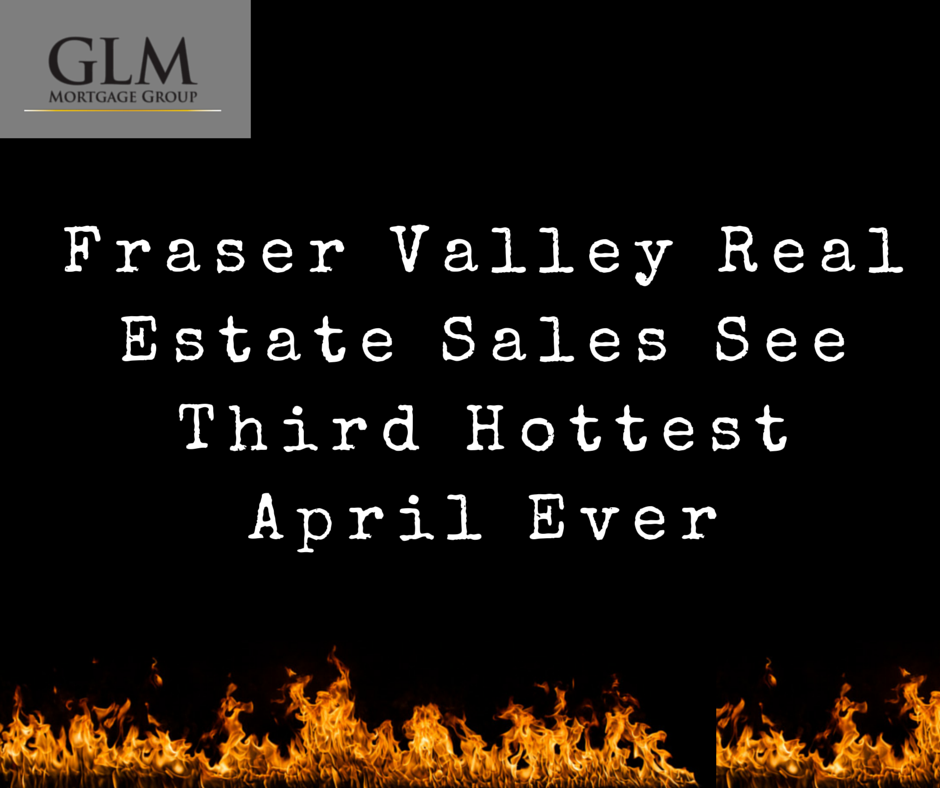 Sales volumes up 37 per cent year over year and listings down 14.5 per cent as Valley mirrors hot Vancouver market.


Home sales growth in the Fraser Valley matched that of Greater Vancouver in April, rising 37.5 per cent year over year, according to Fraser Valley Real Estate Board (FVREB) figures published May 4.

Sales in the region totalled 1,786, and rose on a year-over-year basis in every property category, with detached homes leading the charge. The total sales figure ranks third highest of all time for April, with the second best April in 2004 and the record in 1991.

“April was a very active market,” says Jorda Maisey, FVREB president. “The low cost of borrowing continues to attract first-time buyers and families looking to either downsize or upsize as they take advantage of the equity they’ve built up in their existing homes.”

Single-family detached home sales increased 45.2 per cent compared with last April, and were up 15.2 per cent over the previous month.

After a couple of months of outstripping annual detached home growth, townhome sales increased 35.5 per cent year over year, and saw the highest monthly jump at 16.6 per cent.

Condo apartments continue to be the only faltering property type in the Fraser Valley, with sales increasing 14.7 per cent year over year but dropping 12.2 per cent compared with March.

Maisey said, “For apartment owners, take heart – the condominium market in the Fraser Valley is improving. We are starting to see more activity at open houses and an increase in the number of sales. However, that market remains firmly in balance with plenty of selection and prices still flat or declining in certain areas.”

Listings failed to keep up with the increasing demand, with new listings up only 1.2 per cent over April last year, and total listings down 14.5 per cent year over year. This has pushed up the benchmark prices for single-family homes and townhouses in April.

Detached home benchmark prices saw the biggest year-over-year growth in the region, rising to $595,600, a jump of 5.2 per cent compared with April last year.

Despite their popularity, benchmark townhome prices rose just 0.6 per cent on a yearly basis to $300,400 across the Fraser Valley.

The benchmark price of a Fraser Valley condo reflected the slower sales activity, dropping 2.6 per cent year over year to $191,200.