Forecasters are hiking their expectations for Canada’s housing market amid signs low mortgage rates are energizing sales, construction and prices. 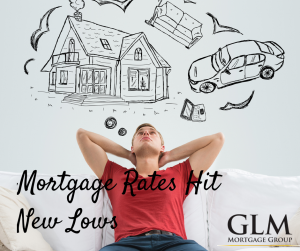 The revised predictions come at a time when many economists thought that the growth in the market would be stalling. But now many experts believe the recent strength is more than simply compensation for a slow winter, although most still think the market will lose some steam eventually.

Canada Mortgage and Housing Corp. said Wednesday it expects the average price of houses sold over the Multiple Listing Service (MLS) to rise 4.5 per cent this year to $399,800. Less than three months ago, CMHC was expecting a 3.5-per-cent gain this year to $396,000, and back in June, 2013, it forecast that the average sales price this year would be just $377,300.

Its new outlook came as the latest Teranet-National Bank house-price index reading suggested that prices rose 1.1 per cent in July from June. That marked the first time in five months that prices rose by more than the historical average for that month, and the eighth month in a row that prices rose.

“Mortgage rates have hit new lows since March adding fuel to housing demand,” Toronto-Dominion Bank economic analyst Admir Kolaj wrote in a research report. “Over the medium term, we are still of the view that the housing market is bound to see a soft landing on the back of gradually rising interest rates and a moderate employment picture. In addition, there are a record number of new homes under construction, which once completed will increase supply and help alleviate some of the price pressures.”

Indeed, CMHC said it now expects that roughly 184,800 new homes will begin construction this year, up from its May forecast of 181,100.

“Recent trends have shown an increase in housing starts, which is broadly supported by demographic fundamentals,” CMHC chief economist Bob Dugan stated in a press release. “However, our latest forecast calls for starts to edge lower as builders are expected to reduce inventories instead of focusing on new construction.”

CMHC also said that it expects that about 463,600 homes will change hands over MLS this year, up from its May forecast of 457,900.

While it’s widely feared that too many condos are being built in Toronto, the city’s condo market is so far holding up better than expected.

The Conference Board also raised its forecasts for resale condo prices in Calgary, Edmonton, Vancouver and Victoria, but ratcheted down its expectations slightly for condos prices in Quebec City, Montreal and Ottawa.