Yes, rates are rising. However, STOP! Don’t to be alarmed! 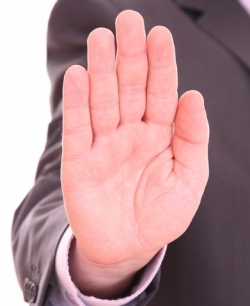 Consider this, rates just 5 years ago were above 5% . We are STILL below that!
We need to stop raising the red flags of despair and the concerns about these high rates.  In reality these are still great rates.
A recent report from CTVNews.ca:

“The head of the Bank of Canada gently urged businesses to ease open the purse strings and start spending [last] Wednesday as he said the economy was nearing a tipping point toward normal growth following the global recession.
Stephen Poloz said he expects business investment to increase as confidence grows in that recovery.
“When the bubble burst in 2008, we were left with a crater, which is where we now find ourselves,” Poloz told more than 600 members of the Vancouver Board of Trade.
“If you look carefully at a pot of simmering spaghetti sauce, under every bubble there is a crater that’s equal in size. So a seven-year bubble, a seven-year crater. Central banks have been filling that crater with liquidity, so we can row our boats across it. We need to make sure we’re getting to shore and not just hitting a rock.”
Poloz said the economy is poised to return to normal, self-sustaining growth – gathering momentum in foreign demand, in particular from the U.S.”

The article goes on to say: “Asked about housing prices in Canada and the record high ratio of debt-to-household income, Poloz reiterated he does not believe there is a housing bubble. Despite a slight increase in long-term interest rates in recent weeks, he said interest rates remain extraordinarily low and debt service levels comfortable.”